A brand founded in 2004 by Katsutada Mano, who, before RATS, worked on customisation of the classical models of American motorbikes. The story begins in a garage SPIT (CELT COBRA, HIDESEEK, MM, TENDERLOIN, RATS, WTAPS, WOLF’S HEAD), with making T-shirts with unusual captions thought up by Tetsu Nishiyama (FPAR, WTAPS). Later the brand expanded into making clothes and accessories, not merely resembling the 50-70’s vintage, but actually being meticulously recreated replicas – an uncompromising approach to construction, a very laborious process of fabrics manufacturing using the old methods, carefully selected colourants. This is what has made Rats so widely popular among the Americana enthusiasts. 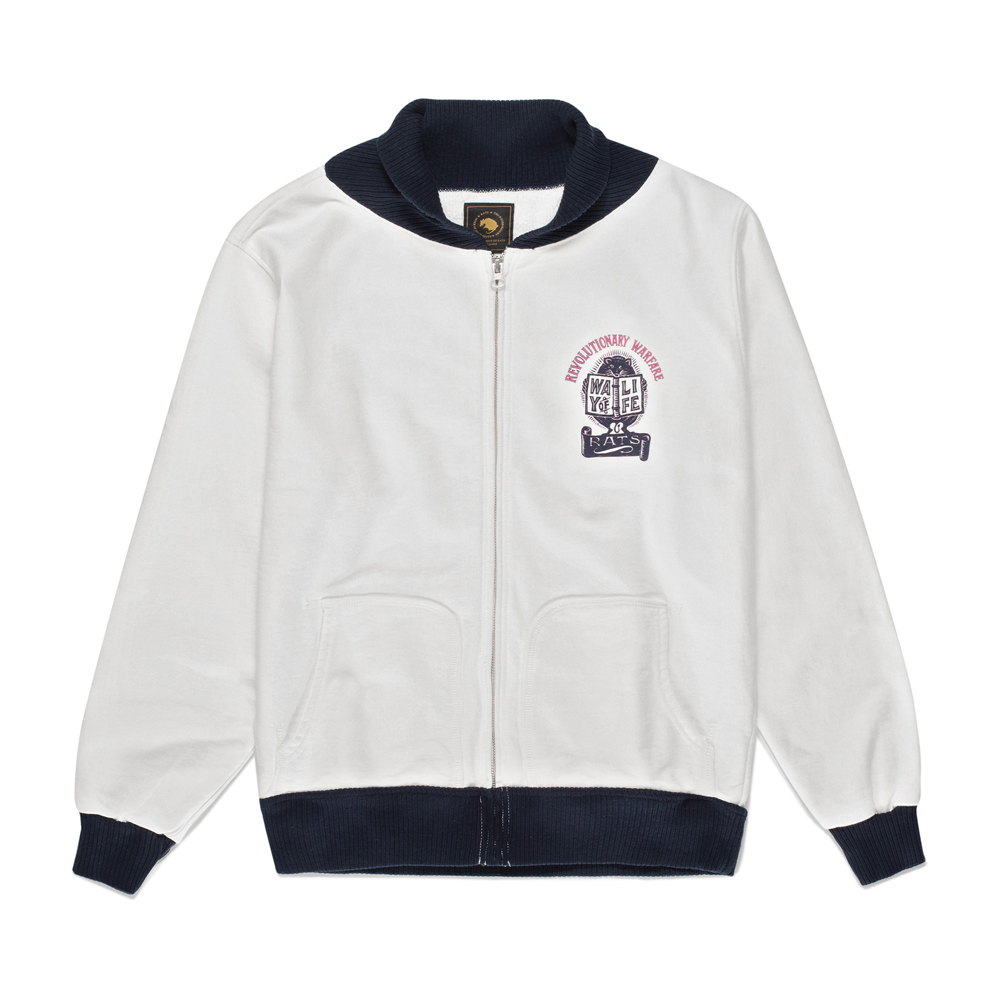