Rocky Mountain Featherbed (RMFB) was founded in Jackson Hole,Wyoming known as “the Cowboy State", U.S.A.,in the late 1960s. The company created its iconic down vests for cowboysthat are with a seamless single-piece leather yoke.The idea of the famous yoke came from leather capes created by the Native Americans.The vests were famous for its cold-proof and heat-retaining feature like those of feather beds.The founder of RMFB is a pioneer of using the GORE TEX®that was the most high-tech materials at that time.His outdoor knowledge that he learned at National Outdoor Leadership Schooland survival skills helped him to develop a GORE TEX® mountain parka with his famed yoke.It was thought that his brand would have further success, however,it ended up disappearing in the 1980s.35 SUMMERS CO., LTD.has succeeded in a reproduction of infamous down vestsin 2005 that even surpassed the originals after 20 years of researchon RMFB vintages and repeated trial manufacture.Today, we produce very unique luxury products sustainingthe solid values of original RMFB’s traditions,such as the yoke cut out of a single-piece of leatherand the natural mouton collar, adding the “contemporariness".The RMFB now catch people’s attention all over the world and through generations.Our aim is to provide customers with joy of wearing the timeless value of the brandthat can be felt when our products are put on. 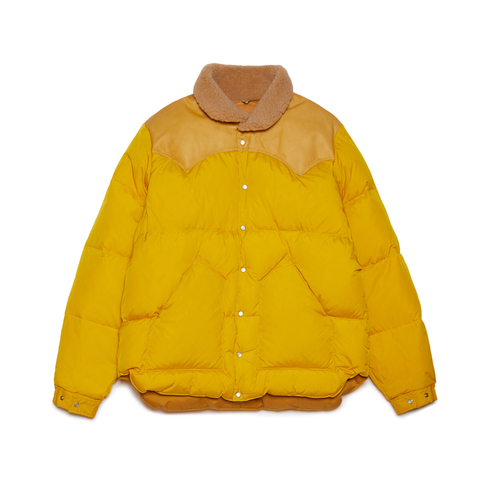